Our Mission is to positively impact the lives of all people associated with our firm as a result of their association.

The objectives of our Mission are to:

Our People Drive Our Purpose

Meet Members of Our Wallington Family 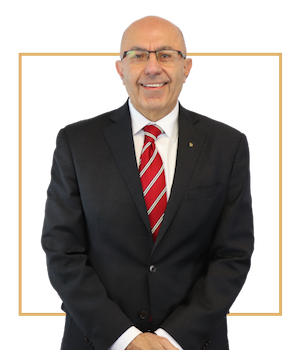 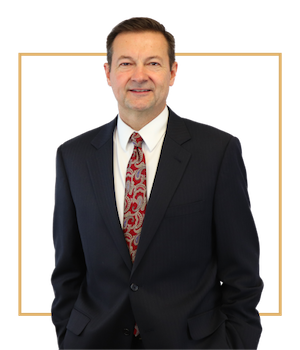 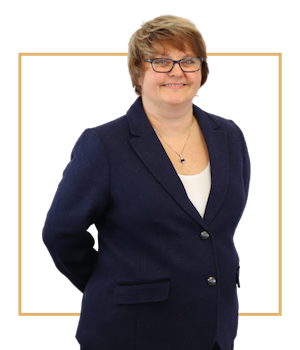 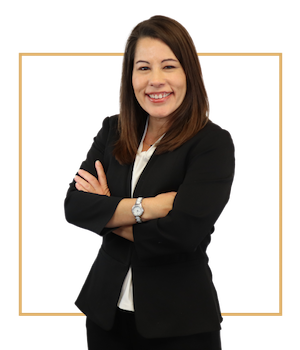 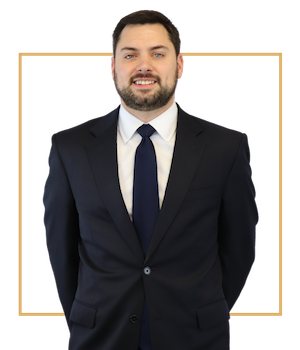 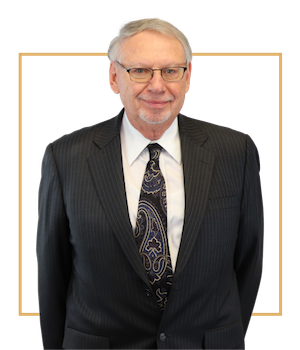 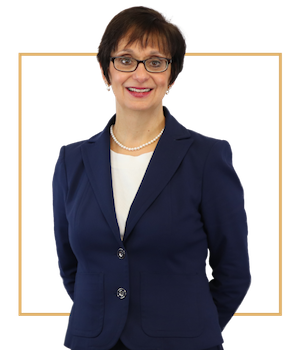 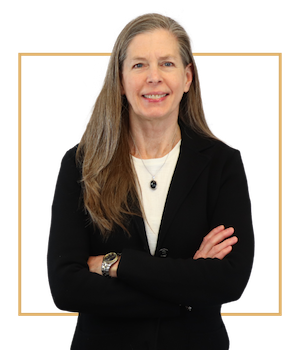 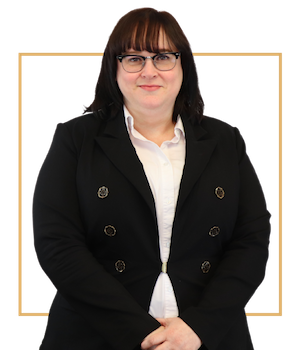 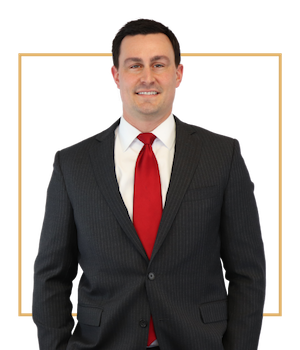 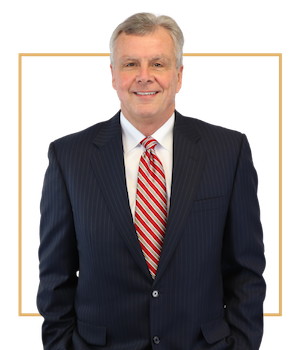 Our People Drive Our Purpose

Meet Members of Our Wallington Family

Michael A. Charles earned his Bachelor of Business Administration degree in Accounting from the University of Notre Dame and his Masters of Business Administration from Butler University. He began his career performing various functions in accounting, auditing, and corporate financial analysis where he earned his Certified Public Accountant designation. In 1990, Mr. Charles transitioned to the financial services industry, focusing on managing private investment portfolios and providing personal financial planning for high net worth individuals. While at NatCity Investments, he earned his Certified Financial Planner™ designation and successfully established and managed the financial planning department serving over 200 of the firm’s financial advisors and their clients. Mr. Charles joined Wallington Asset Management in 2012 from TIAA-CREF where he spent over five years serving high net worth clients as a Wealth Management Advisor. In his role at Wallington Asset Management, Mr. Charles is primarily responsible for financial planning and portfolio management. He is also involved in security analysis and serves as a member of Wallington Asset Management’s Investment Selection Committee. Mr. Charles philanthropic participation includes his current positions as Treasurer and Board Director for Right to Life of Indianapolis and his past membership on one of Marian University’s advisory boards.

Jeffrey G. Dowden earned a Bachelor of Science degree in Finance from Ball State University in 1984. Mr. Dowden is a past president and board member of the CFA Society of Indianapolis, is a member of the CFA Institute, and has appeared on CNBC. His career in the investment business began in 1989 in the retail brokerage industry as a registered representative at E.F. Hutton & Company. Before joining Wallington Asset Management in 1997, Mr. Dowden operated the brokerage divisions of two Indianabased financial institutions, ultimately serving as Registered Principal and Director of Operations of a Robert Thomas Securities office in Indiana. At Wallington Asset Management, Mr. Dowden serves as a Senior Wealth Advisor and is a member of the firm’s Executive Management and Investment Selection Committees. Among other diverse passions, Jeff is currently a member of the board of directors of Rock Steady Boxing (an international organization dedicated to empowering those with Parkinson’s disease to fight back), instrumental in providing an annual leadership development program to offenders and staff at Indiana prisons state-wide, actively involved in Christian Business Men’s Connection, and a long-time supporter of the Boys and Girls Club of Noblesville. Jeff and Cheryl, his wife of 35 years, reside in Noblesville, Indiana.

Jenise C. Jeffers attended Indianapolis University-Purdue University Indianapolis and has been employed in wealth management, investment advisory, and brokerage service operations for over 33 years. Ms. Jeffers began her career in 1989 in the trust division of INB Financial Corporation, formerly the Indiana National Bank. She joined Wallington Asset Management in 2018, having prior experience servicing the specialized needs of high net worth individuals, corporations, and non-profit institutions throughout her career. In addition to her client services background, Jenise utilizes her technical skills in computer technology, networking, and system integration to oversee Wallington’s technical operations and network infrastructure. Ms. Jeffers is a past Treasurer for the Avon ETA Kappa Chapter of TriKappa. Jenise currently resides in Westfield, Indiana with her husband, Russell. They are the proud parents of three grown children, a son and daughter-in-law, and five grandchildren.

Susan holds a Bachelor of Science degree from Indiana State University and has been employed in the field of wealth management for over 24 years. She has held both a Series 7 securities license and an Indiana Life and Health Insurance license. She joined the operations team at Wallington in 2013 and assists our clients with account-related activities.

Daniel R. Klemkosky holds a Bachelor of Arts degree in Finance from Michigan State University. Mr. Klemkosky is a member of the CFA Society of Indianapolis and the CFA Institute. He also became a Certified Financial Planner™ professional in 2016. He joined Wallington Asset Management in 2010 after interning at Markit Ltd. in their Credit Default Swap division. His technological and statistical analytics skillsets are an important component of the trading, security analysis, and portfolio management functions at Wallington. Mr. Klemkosky is a member of Wallington Asset Management’s Investment Selection Committee. Dan has also enjoyed mentoring as a “Big” with Big Brothers Big Sisters of Central Indiana for several years. Dan and his wife, Katie, reside in Indianapolis, Indiana.

Robert C. Klemkosky earned his Bachelor of Arts and Doctor of Philosophy degrees from Michigan State University and his Master of Business Administration degree from the University of Michigan. He is the founding dean of the Graduate School of Business at Sungkyunkwan University in Seoul, Korea. In addition, Dr. Klemkosky is the Fred T. Greene Professor Emeritus of Finance at the Indiana University Kelley School of Business, where he also served as Chairman of the Finance Department from 1986 to 1992 and 2000 to 2003 and as Associate Dean of Research and Operations from 1992 to 1995. His research and teaching interests are in the financial markets, his research focusing primarily on three topics: Risk-Return Analysis, Market Efficiency, and Derivatives. His work has entailed empirical investigations of the aforementioned topics and has resulted in the publication of over 30 articles in leading finance journals. Dr. Klemkosky has served as Associate Editor of the Journal of Finance and President of the Financial Management Association., is a former trustee for a mutual fund management company, and was was the first non-Korean to serve as a director of the Korea Stock Exchange. Dr. Klemkosky is a founder of Wallington Asset Management and serves as Chief Investment Strategist to the firm’s Selection Committee

Diane LeRose earned an Executive Assistant Certification from Katharine Gibbs Secretarial School in Boston, Massachusetts. She joined Wallington Asset Management in 2010. Mrs. LeRose began her career in 1978 and has an extensive background supporting executives in the legal, insurance, education, and student loan industries. At Wallington Asset Management, Mrs. LeRose is responsible for providing administrative support outside of the client service area to Mr. Weiss; you will most likely encounter Mrs. LeRose as the first point of contact when visiting or calling. Additionally, Mrs. LeRose serves as Chair of the Wallington Charitable Giving Committee.

Jamie L. Miller earned a Bachelor of Science degree in Business from Butler University. She has been employed in the field of investments for over 30 years. Mrs. Miller joined Wallington Asset Management in 1995. At Wallington Asset Management, Mrs. Miller works closely with clients to ensure the seamless coordination of the many unique and varied services provided to Wallington’s clients.

Tanya L. Richter adds more than two decades of experience in back-office accounting operations and data processing within various areas of the Financial Services industry, including employee health insurance benefits, brokerage, and wealth management. At Wallington, Mrs. Richter serves internal and external clients with a variety of accounting-related responsibilities such as account reconciliations and reporting. When not working, Tanya enjoys spending time with her family and playing with her grandchildren.

Christopher P. Weiss earned a Bachelor of Science degree in Finance from Indiana University’s Kelley School of Business in 2012 and obtained his CFP® certification in 2018. He joined Wallington Asset Management in 2012 as an Associate Portfolio Manager and Research Associate after working as an intern since 2010. In his role as Associate Portfolio Manager, Chris uses his analytical skills to review and analyze prospective and active client portfolios. His work as a Research Associate is instrumental in the identification and selection of investments appropriate for the firm’s various investment models. In addition to these and other duties, he is engaged in Wallington’s Financial Planning services and is a member of both the Investment Selection Committee and Marketing Committee. Chris, his wife Kelli, and their children reside in Carmel, Indiana.

Terence P. Weiss earned a Bachelor of Science degree in Accounting and a Master of Business Administration in Finance with honors from Indiana University. Mr. Weiss has been engaged in the field of finance for over forty years. He began his career in finance performing various functions in financial analysis and taxation, then joined a regional investment banking firm where he focused on managing private investment portfolios and was instrumental in developing an asset allocation-based management program for representatives of the firm. Mr. Weiss maintained his close association with Indiana University on multiple fronts including being involved in the establishment of The Reese Fund, a live investment portfolio to enable select finance candidates in the graduate program to gain experience in securities analysis and portfolio management. In 1987, Mr. Weiss leveraged his skills and experiences by co-founding Wallington Asset Management with Dr. Robert Klemkosky, who served as his professor in the MBA program at the Indiana University School of Business teaching Finance and Investments. At Wallington, Mr. Weiss has served in multiple capacities including the analysis of equity and fixed income securities, portfolio management and leading various teams within the organization to achieve over $1 billion in growth in assets directly under management at the firm. Mr. Weiss is currently the President and Managing Director of Wallington Asset Management, LLC., serves as the firm’s Chief Investment Officer, and is the Chairman of Wallington Asset Management’s Investment Selection Committee. External to his career in wealth management, Mr. Weiss has been heavily involved in philanthropic activities, many of which have been directed through the Charitable Giving Committee Mr. Weiss established at Wallington as a key component in meeting the firm’s mission. Organizations supported by Mr. Weiss include Big Brothers Big Sisters, the Little Wish Foundation, Indianapolis Children’s Wish Foundation, the Women’s Care Center, Families First, Riley Children’s Hospital, St. Mary’s, and many others. An important milestone in these philanthropic efforts was recently achieved with the Children’s Wish Foundation when in early 2021 Wallington Asset Management funded its 50th wish to be granted by the organization. Beginning in 2004 at the founding of St. Theodore Guerin High School, Mr. Weiss was selected to serve as the Chairman of the Finance Committee to lead efforts into the school’s eventual opening in 2006; and served in that capacity until 2013. He also served as the Vice-Chair of the School Governing Board. Mr. Weiss has served on various other boards, most recently the Indiana University Varsity Club which secures funds to provide scholarships for student-athletes and the Reese Fund. In addition to his passion for serving clients and various philanthropic organizations, Terry’s passion is his family. Terry and his wife, Marcia, have been married for 38 years, are the parents of three children, Christopher, Jessica, and Emily, and are blessed with three grandchildren.